On Thursday 18th of June 2009, Mikael R Andreasen headed north towards Tromsø, Norway, which is located more than 300 km north of the Arctic Circle. From there he started an 11-day southbound journey through Norway, making his way down to Kristiansand before returning to Copenhagen, Denmark, on the 28th of June. On his way south he played concerts under his Kloster moniker. The concerts took place in a grotto, in a church, in a gallery, and on the 27th of June he was joined by Kloster-ally Solrun Stig to play a late night concert deep inside the forest of Marnadal. Between concerts he recorded songs on a small borrowed 4-track recorder with people he met along the way. Most of these recorded songs now make up the “Kloster – NORGE PÅ LANGS EP” and it is offered to you as a free download release. The songs are far from perfect. They are mostly first takes and are limited to only 4 tracks each. You might hear false notes, a car driving by, a neighbour fixing his house and other things that not often find their way onto musical recordings. This is spontaneous music without care for perfection. The recordings were made in bedrooms, in living rooms, in a basement, in a kitchen, inside a church, in a garden on an island and in the upper room of a house inside a forest. 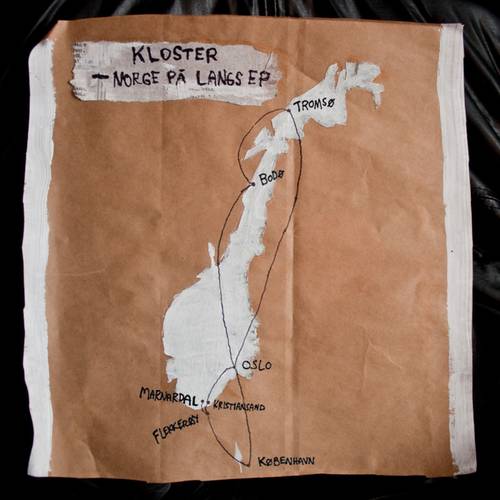 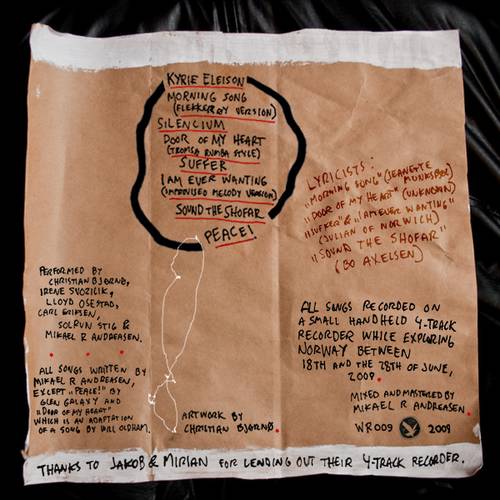 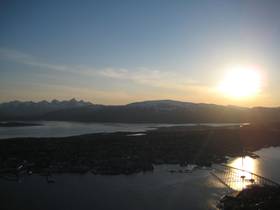 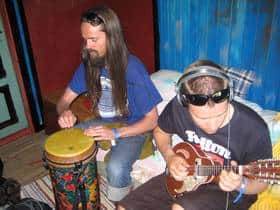 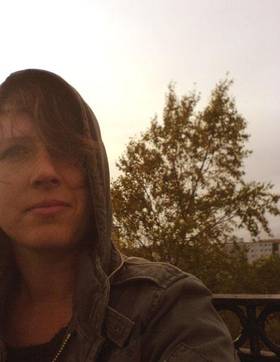 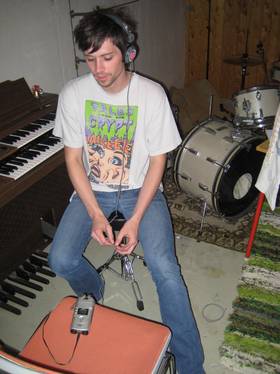 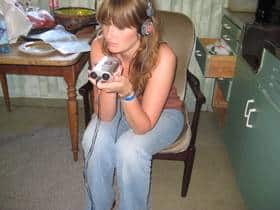 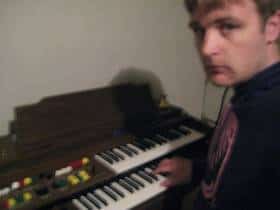 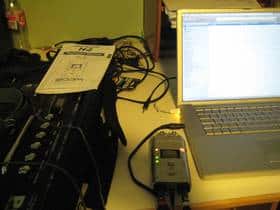 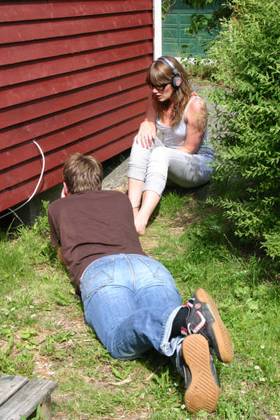