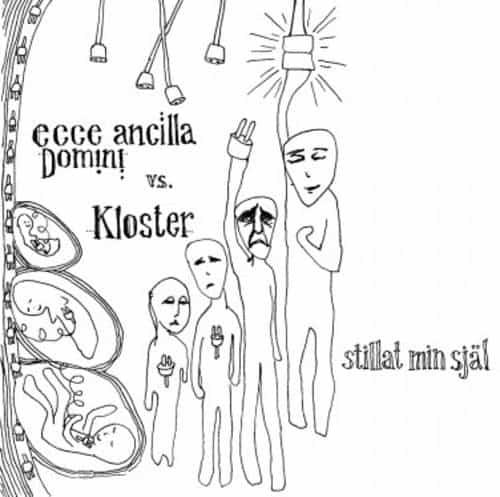 A split-ep between Ecce ancilla Domini and Kloster. Limited to 330 numbered copies. In April 2008, Mikael R Andreasen went to Stockholm to play some Kloster shows and happened to hang out with Lina Wallinder who is “Ecce ancilla Domini”. Mikael had been a big fan of her then unreleased song “Stillat min själ” for a long time and travelling home from Stockholm, he got the idea to make a split-release with Lina. Lina liked the idea and the result is a nice and soothing 7-track ep. Released 2008. Trivia: Lina sings on albums by Oslo-based Serena-Maneesh