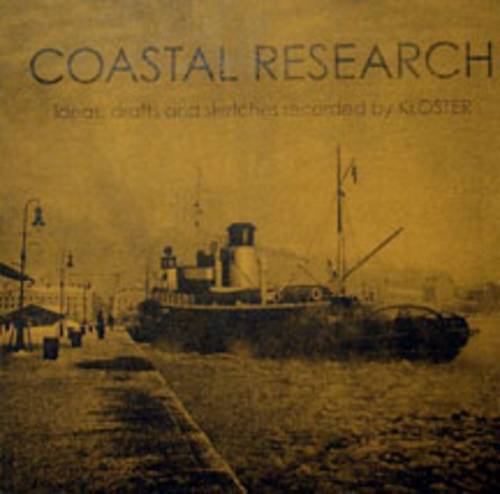 Second album by Kloster. In 2004, Mikael R Andreasen bought some Pro Tools equipment in an attempt to upgrade his recording fascilities. However, he found himself with a lot of recorded fragments on discs for his old Yamaha 4-track mini disc recorder and did not just want to let all of those recordings go to waste. So he went through the discs and took whatever he found good enough to present to the public and piled it together. The songs on this album are recorded over many years and was never meant to appear together as an album, hence the presentation ”ideas, drafts and sketches”. We released it as a cdr-release in 200 handpacked and numbered copies, mostly for friends and family. However, the Norwegian label Between Clouds got hold of the album and turned it into a proper release in 2006. They remastered the album and we made a cooler looking booklet for it. We cannot thank them enough. Except for a few, but wonderful, female vocals by Solrun Stig and Maria Lundbak, all of these songs are performed and recorded by Mikael R Andreasen alone in his Blitzkrieg studio. Peaceful prayers covered in reverb and delay. Released 2004.

The cdr version is sold out, but we still have copies left of the remastered 2006 version from the Norwegian label Between Clouds. CD: 50 DKK + shipping