“In April 2003 I went to see Phil Elverum (Mount Eerie/The Microphones) play a concert here in Copenhagen. I hadn’t experienced him live before, but rumours in Copenhagen had it that he had played an extremely good concert here in 2002, so I was excited to go and I brought some simple recording equipment. The concert didn’t disappoint, and the recording of it turned out great. Phil had a few days to spend in Copenhagen and we decided to meet up. We strolled, had a sandwich and went to my appartment to record one of Phil’s new songs. When he left, I gave him a copy of my recording of his show and suggested to use it for a vinyl release. Phil liked the idea and together with my friend Scott Hatch, who runs Burnt Toast Vinyl in Philadelphia, we made “Mount Eerie – Live in Copenhagen“. A triple vinyl Washington Inc Records/Burnt Toast Vinyl split release and with the recording from my appartment as a bonus track. As with most of Phil’s releases, they come with some extraordinary artwork to support the music and here you can enjoy what he came up with for “Live in Copenhagen”. The first pressing of the release (1000 copies) has sold out, but a repress will be made and should come out in the spring this year. I have kept in touch with Phil and he usually stays at my place when his touring brings him to Copenhagen and I have visited him in Anacortes. I am not sure that it is always a good idea to have a friendly relation to someone whose music or art you love, but in this case, I am happy for it. Enjoy the artwork paintings and buy the repressing when it comes out.”

“There is no explanation for these pictures. In 2003 I was even more fixated on the symbolism of mountains than I am now. When the need arose to illustrate something there was no question; it would be an image of mountains. The collection of songs on the so called “live in Copenhagen” record are pretty mountainous thematically. I saw myself as a mountain for much of the songwriting. Distant, watched, stubborn, mysterious. Also, the interplay between a cloud and a peak is continuously interesting to me. It is one of the most blatant examples we have in our real physical world of impermanence and the fleeting nature of clear perception. It sounds like big words but it is a simple idea, illustrated by stone and water and air. Simple. So, I painted some multi-leveled mountain ranges mingling with clouds on a roll of Norwegian food-wrapping paper with ink and coffee and water. I wrote everything in Danish and English because it was being released by a Danish label and an American label. (Even though it probably appears absurd on a record of “American dude singing in English”, I think it’s important to resist the domination of the English language, even as one of its purveyors; so including the Danish was a gesture of encouragement to the Danish language, a rare opportunity for me.)” 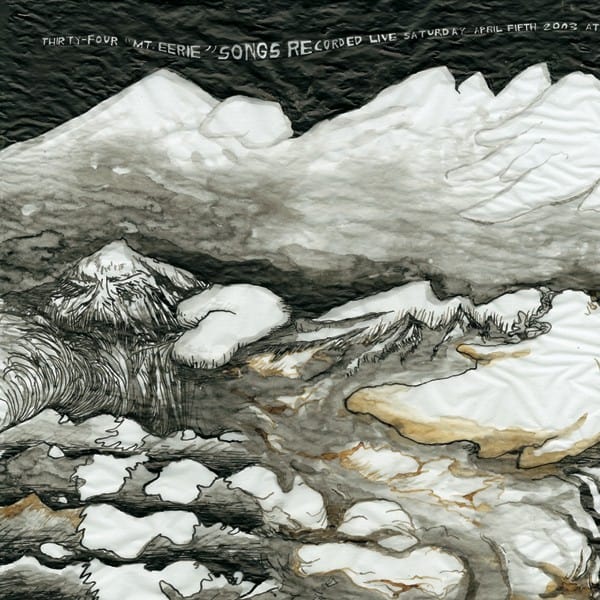 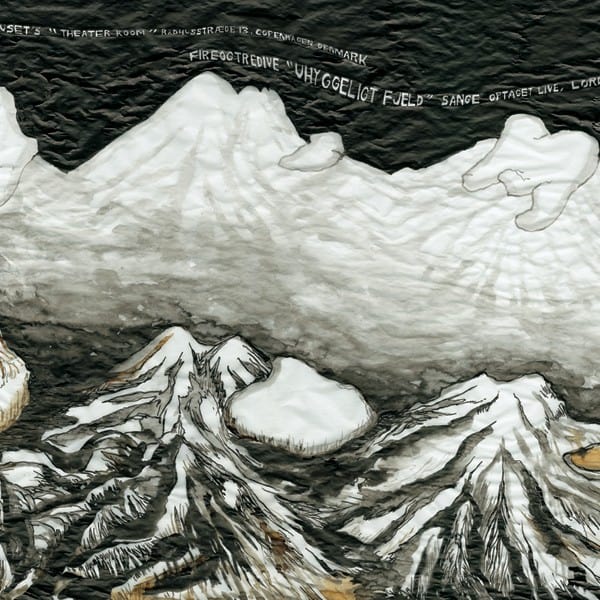 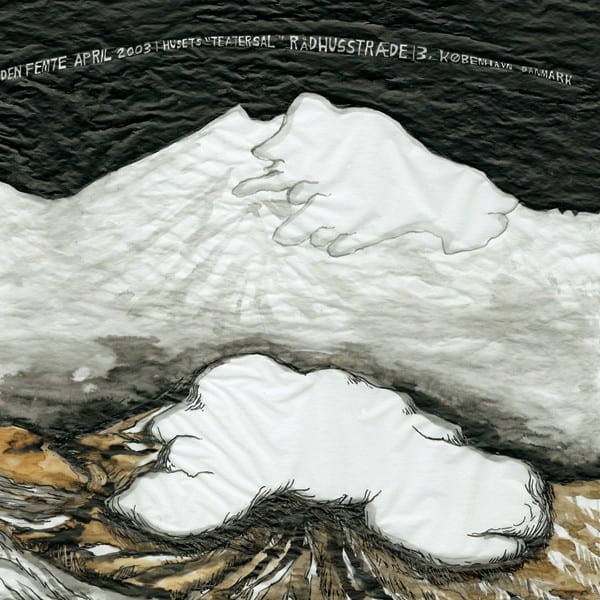 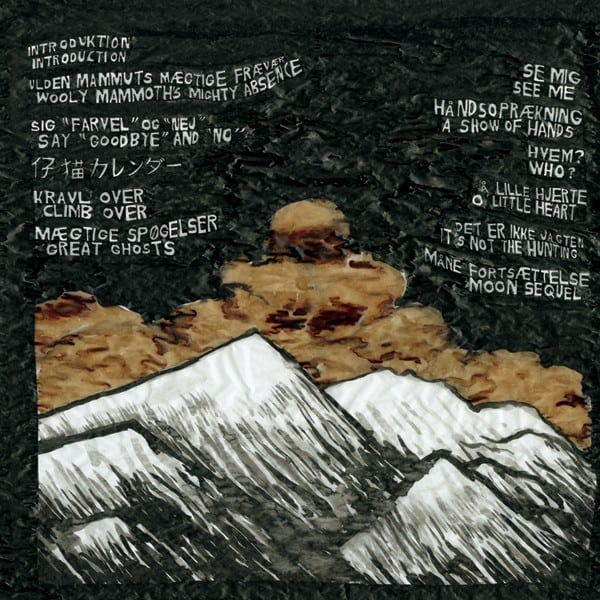 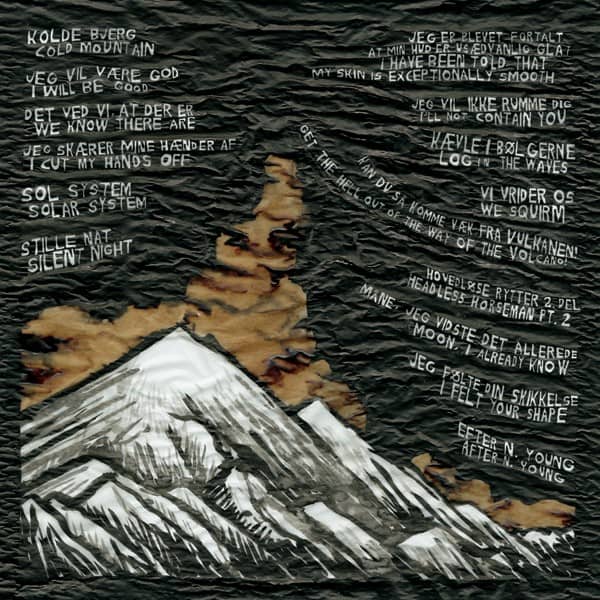 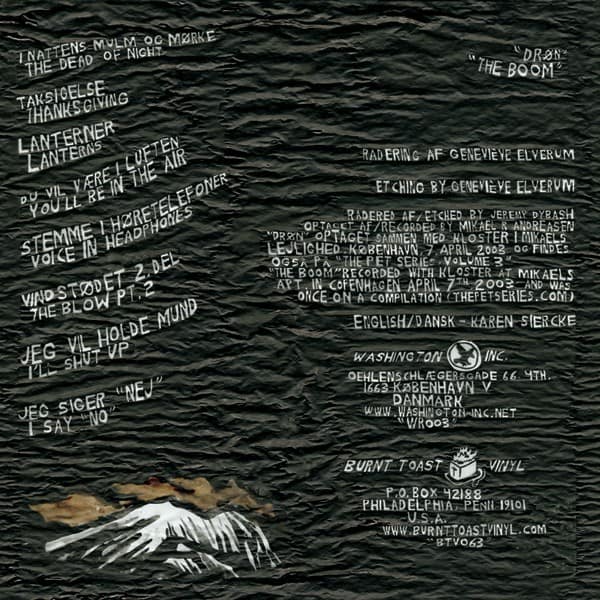